A week ago yesterday, we said goodbye to new friends, global women who joined us at the Brazil retreat. We could fill books sharing all the ways God answered their prayers and ours that week, but we’ll share just enough to whet your appetite for gratefulness and celebration for the things God has done. He has done great things!
_____

On Day 4, we prayed for women who have known the darkness of depression. We asked God, the true Light, to shine on their value, worth, failures, and lack, and to encourage them, lifting their spirits.

It seemed none of our guests was untouched by burdens of transition, grief, and loss. God met them in a powerful but gentle way. Some were able to name these burdens for the first time. For others, God began a longer process of healing. One woman, who is planning on deeper counsel in the months to come, said God started this week stirring up some of the issues so she could prepare her heart. “I’m ready to start now!” she told me.

The self-care appointments dovetailed in a way only God could have orchestrated. When the Grief & Loss Workshop is followed by a Prayer appointment and then a Counseling session, each one unravels a part of a woman’s healing process for a grander and grander finale.

I asked one woman what God had done in her during the week, and she said, simply, “You all have made me feel so normal.” And suddenly, just by being with others who get her life, she doesn’t feel so alone.

God also lifted the spirits of those who didn’t start low. Upon returning home, one guest wrote to say, “I was very satisfied with ministry. But the Lord wasn’t. I mean He wanted to do a deeper work, give me much greater joy in my ministry than I had previously. I just can’t explain it! Every response I have towards potentially difficult situations is so different. I am finding such peace, overflowing contentment and exuberance that I was lacking before.”

On Day 10, we prayed for families dealing with the complexities of adoption.

Before each retreat, as we prayerfully put women into small groups, we often have no way of knowing the ties that might bind them. Michelle Campos landed in a small group comprised completely of women who had been touched by adoption—including the volunteer small group facilitators. She shared what this meant to her:

“I have four kids, and three are adopted. I don’t have any friends nearby—in North America, but not here—who have adopted kids. It’s lonely. No one understands the struggles. The girls God put in my group are all adoptive moms too. We shared stories, and they get it. I’ve never been around so many people who understand adoption like this.”

On Day 16, we prayed that our guests would experience God’s presence in the midst of the mundane, that God’s powerful presence would be felt and experienced.

We start each retreat with a corporate quiet time alone with Jesus that we call Personal Sanctuary. After this time, one woman said she could feel her tension melt away.

Later in the week, a global woman guest said, “I thought God didn’t see me, but then I won the door prize—the one I wanted! He sees me!”

Isn’t it nice to know God showers his lavish love and intimate presence in practical ways too?

Only time will tell all the ways God showed these global women last week that they are cherished daughters of the King. Thank you for joining us in 30 Days of Prayer for Brazil. We celebrate these answers to prayer, and the ones that are to come! 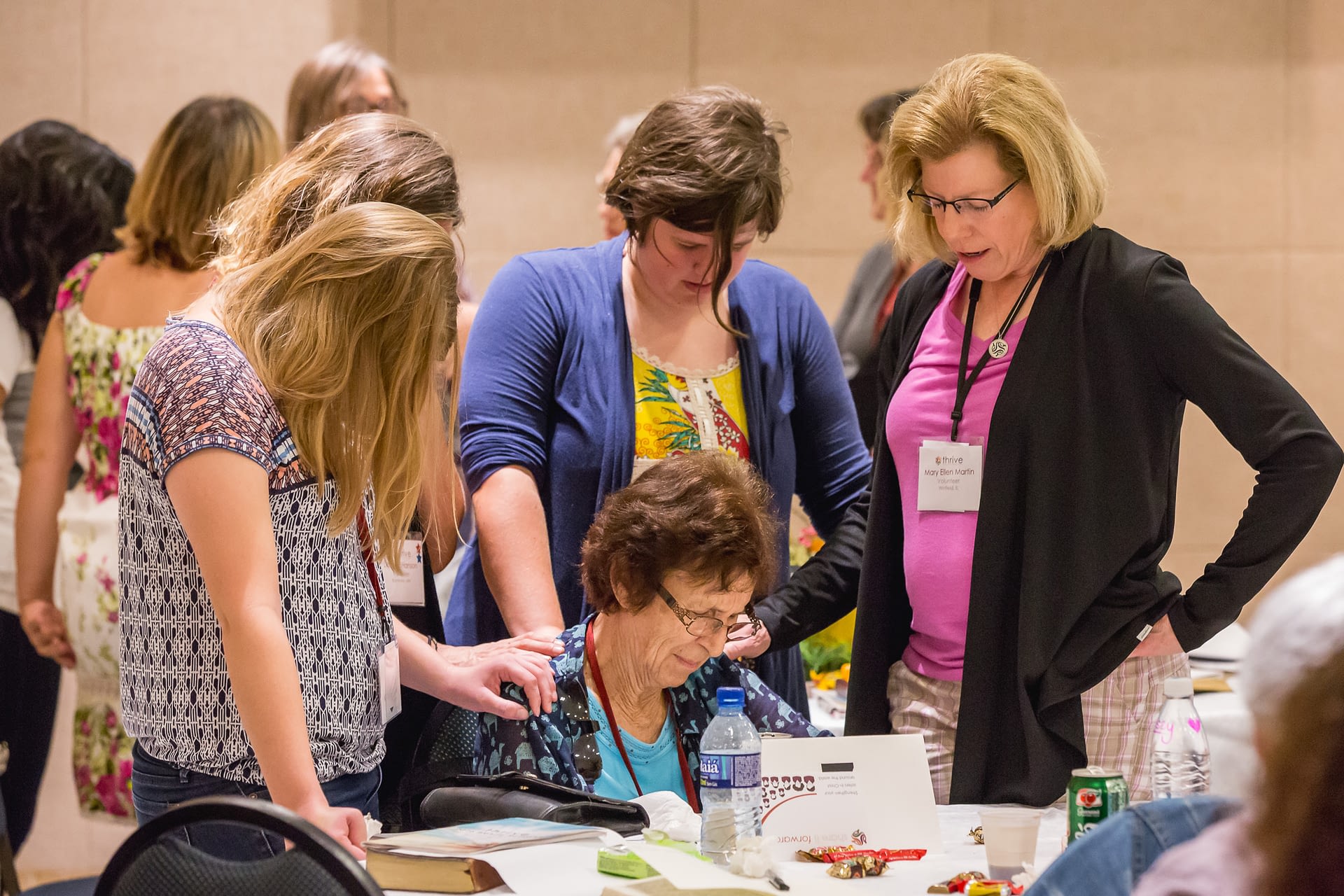