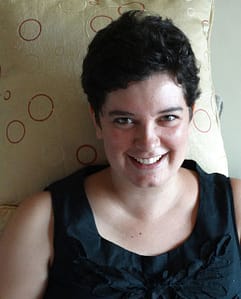 Coming to the retreat allowed me to step away from everyday life with two small kids in the last stop before the end of the world and gave me the opportunity to hear from God. He has gently revealed how my view of Him has become skewed.

A little over a year ago, my then 9 month old daughter was hospitalized for four days with Dengue fever.  Suddenly coming face to face with life and death decisions in a developing country stripped away any pretense I had of having it all together.  This week, I have realized my daughter’s illness was a turning point in my heart.  Without even realizing it, I stopped asking God for “small” things, instead saving my prayers for only the things that “really” mattered- sickness in my family, when a national friend revealed her husband had gone off the deep end and started beating her, as well as other imminent, pressing needs.

My trip to the retreat was the first time I travelled off the island where we live without my husband or kids. As often happens in the developing world, my connecting flight was delayed indefinitely, so I stood in the airport in an unknown city trying to find a spot to spend the night. After a few hours and several “only 15 more minutes,” we finally were able to board the plane.

As I walked down the jetway, I prayed, ” Thank You, I just didn’t want to bother You by asking about a silly thing like my flight.”  He quietly and firmly replied, “Child, NOTHING is unimportant to Me, EVERYTHING that concerns you is important to Me. I know your name, you. are. Mine.”

In that moment, the truth about my trust in Him and my deep heart belief of His character was revealed. In the midst of the pressures and worries of life overseas I had forgotten that God is my Heavenly Father, that He loves me deeply, even to the point of knowing how many hairs are on my head and knowing my thoughts before I think them. I cannot run or hide from His presence, darkness is the same as daylight to Him, and still He loves me, knows me and pursues me.  What an amazing God!